Interview: Nicole Cabell on San Francisco Opera's I capuleti and the future of opera

'Ultimately opera is art: it's fun, and it should be approached in an open-minded way. That's going to be the life of it.' 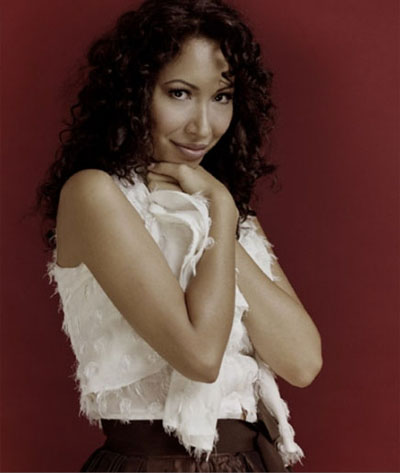 Californian-born soprano Nicole Cabell is fast becoming one of the most talked-about singers around. In 2005 she won the Cardiff Singer of the World Competition, a success that launched her onto the international operatic circuit. Her most recent roles include Micaëla in Carmen at the Metropolitan Opera and the Lyric Opera of Chicago; Leila in Les Pêcheurs de Perles at the Royal Opera House; and Donna Elvira in Don Giovanni with the Deutsche Oper, Berlin and Oper Köln.

MusicalCriticism last caught up with her in 2008. This month, she is making her debut at the San Francisco Opera as Giulietta alongside Joyce DiDonato's Romeo in a production of I Capuleti e i Montecchi. 'The debut experience is a special one,' she comments. 'You are discovering your voice for the first time in a new context, and enjoying the novelty of it. You don't feel that there are preexisting expectations based on performances you've given at that particular opera house.'

'And this production has worked so well. It is a dream come true to work with Joyce. I've been looking forward to this for a long time, she's really the best colleague, the kind of artist you literally cannot not learn from when singing alongside her, she teaches you as she sings. And it is wonderful to sing this beautiful music which really suits me well dramatically and musically - if you're open to a different sort of voice.'

Cabell's voice is different: it has qualities of a mezzosoprano voice, but with the extension of a soprano voice. And it's a voice that can handle a very eclectic repertoire. Does it make it hard for her to decide what direction to take her career in? 'Yes! And not everyone gets it either. I have a soprano voice that almost sounds like a mezzosoprano voice, but it's not a huge voice, so it's a weird voice to classify. Of course, this adds to its success because people don't all have this type of voice. But lots of people don't get it because they have something else in their head. The role of Giulietta is often sung by a coloratura, and if that's what the audience has in its head then it's just not going to like my voice, no matter what I do. That said, I think nowadays people are getting a little more open-minded, which is comforting.'

'Moving forward, I want to focus on repertoire that is a little bit fuller because I'm in my mid-thirties now and it is a time to explore the richer, darker side of my voice. In my mid-twenties I focused more on the fact that I had a high extension and could sing roles like Adina [in L'elisir d'amore]: the lighter repertoire. Now, I'm planning future Mimìs and future Violettas (and of course more Donna Elviras and Contessas).'

When Cabell entered the Cardiff Singer of the World in 2005 she had never sung a full professional role; once she won the competition she was inundated with invitations to sing at major opera houses: 'When I was first starting out I was in a very unusual situation. I was literally just out of a young artist program [the Lyric Opera of Chicago's Lyric Opera Center for American Artists, now known as the Ryan Opera Center]. Once I won Cardiff my survival instinct kicked in: I decided I had to figure out how I could have an operatic career in a healthy way, still keep growing and somehow live up to the expectations.' 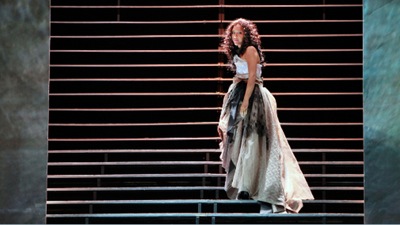 And now? 'Now, thank goodness, I feel like I'm at a point where I can be authentic, and bring my actual voice to the role. I think back in the day I'd have an idea in my head of what that role was meant to sound like, and I'd color my voice according to it. In other words, I'd lighten up for light roles or create a softer sound here and there. Now I just bring my full voice to whatever I'm singing. And people either like it or they don't, and I'd don't really care! I want to do the best job possible and be the most authentic artist I can be.'

This is the third time Cabell has gestured towards her somewhat unconventional voice in our interview, and I wonder how convention-laden she feels the operatic scene to be at the moment. Is the industry too inflexible? And does it deliver to its audiences? 'Even when opera is tragic it's still entertainment and it should be fun. Too often the attitude is that you have to protect it, or that you have to keep it pure. As a result, people aren't open to slightly different voice types trying out roles, or interesting directorial approaches. Music critics and teachers too-often make the situation worse.'

'Music should be approached from a position of enjoyment, invigoration, life, and it shouldn't be this serious, dark, precious thing. It never was - back in the day, it was music for the masses, and it got pretentious and elitist for a while and now the business is trying to open it up to a slightly broader audience, which is upsetting some people. But ultimately opera is art: it's fun, and it should be approached in a much more open-minded way than it currently is. That's going to be the life of it. Also, people need to feel like they're part of it. When people feel like they're part of something, that makes it relevant. It's not just important that people understand opera, but that they feel like they're joining in.' 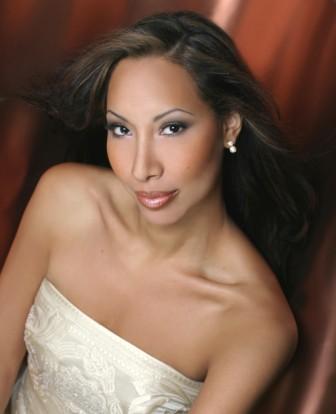 Opera was fun for Cabell from the start: she used to imitate opera singers when shooting hoops on the basketball court at the age of 13, and would find it amusing that she could impersonate them so convincingly. 'Yes! And then when I was 15 I knew I wanted to be involved in music and I just started singing around the house and singing musical theatre and pop music (I really like Ella Fitzgerald). When I opened my mouth my teacher at the time said: "you sound like an opera singer!" She sent me on to her teacher. And there was a domino effect from there. I was really good at imitating, and that's how we all start, before we find our authentic voices. Before I knew it I was singing classically for a couple of years, and then went off to study at the Eastman School of Music as a voice major.'

Cabell is a now a Decca artist, and our conversation comes to a close with discussion of future recordings. Her debut solo album, Soprano, was named 'Editor's Choice' by Gramophone and received several prestigious awards: the 2007 Georg Solti Orphée d'Or from the French Académie du Disque Lyrique and an Echo Klassik Awardin Germany. Can we expect another recording soon? 'Yes, I'm recording a very interesting project. I can't say what it is yet... but it will hopefully come out in the Spring of next year! I'm so passionate about this project. It is something I've dreamed about for many years so it is going to be a big deal for me. Just to give you a hint: it's sort of thematic, and it's a little bit crossover. Unfortunately I can't give any more details!'

Join the debate: if you have any comments on this or any of our articles, visit our forum