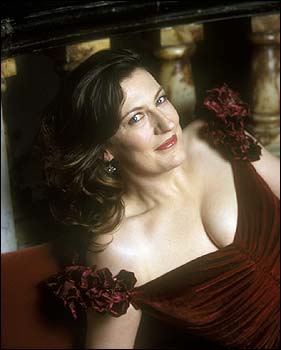 What is it about the Last Night of the Proms that makes it so popular? Why are so many people attracted to this classical music knees-up whilst others find that it leaves them cold?  This year, despite internet fora bemoaning a lack of sea shanties, many Prommers still partook in that most British of customs, queuing, for that most British of activities, promming. The new format clearly preserves a cocktail of the deliciously silly, the traditional and the downright popular and, as always, finds room to promote new music; and thank goodness for that because without new music we would be nothing more than a massive juke-box of old favourites.

The concert started with Oliver Knussen's Flourish with Fireworks, which was written in homage to Stravinsky and its inclusion in this programme created a pleasing symmetry with Stravinsky's own Fireworks in the first prom. Knussen is master of an impressive compositional craft and Flourish is a huge canvass of orchestral colour and carefully woven instrumental textures. It's also dense with ideas easily holding enough material for a much longer work. Seeing conductor David Robertson projected onto giant screens added a further fascinating dimension to the orchestral experience as the audience got to appreciate the energy the he was putting in to the work. Knussen's work was an exciting and exhilarating opener.

The two glamorous soloists, Sarah Connolly (mezzo-soprano) and Alison Balsom (Trumpet) gave amazing performances holding the audience spellbound with their technical and artistic virtuosity. Being the consummate artist that she is, Connolly created the first real stillness of the evening as all balloons, sirens, coughs and chatter were temporarily silenced whilst she sang the famous lament from Purcell's Dido and Aeneas remaining in character as the BBC Singers completed the scene with their characteristic sensitivity. Then trumpet virtuoso Alison Balsom gave a truly thrilling performance of Haydn's Trumpet Concerto in E flat major which included an impressive cadenza with notes of almost clarinet-like purity. The audience stamped and clapped their approval.  ‘I thought that was by Mozart' I overheard a lady in front of me whisper to her friend, 'No' came the reply, 'it's from The Antiques Roadshow'.

Mahler's Lieder eines fahrenden Gesellen gave further opportunity for reflection as Sarah Connolly showed another side to her huge musical talent as well as more of her wardrobe and the first half finished with the impressive combined forces of the BBC Singers, BBC Symphony Chorus and BBC Symphony Orchestra in Chôros No.10, 'Rasga o Coração' by Villa-Lobos. Surely no one who heard that will ever complain about paying the license fee again.

After the interval there was a sense of getting down to the serious fun of the evening. This year, the carefully planned humour was a floor polisher and some vacuum cleaners (oh how British!), these were the soloists in Arnold's A Grand, Grand Overture. It's a fantastic piece of writing with great tunes and skillful orchestration. The domestic appliances, carefully chosen for their pitches, blended well together although I felt it slightly odd that Jennifer Pike should have chosen to use such a generous vibrato whilst Jiří Bělohlávek opted for a straighter-tone. The audience warmly received Sir David Attenborough's performance on an original 1956 floor polisher but they clearly preferred it when Martha Kearney and her team of skilled marksmen shot him and the other domestic appliance operatives in the closing minute of the music. It was all good clean fun [sic].

The segment of light classics before the real pomp was most enjoyable and the glamorous soloists, Sarah Connolly and Alison Balsom, worked well together in 'They can't take that away from me' from Shall We Dance by Gershwin, arranged by Barry Forgie, during which Connolly looked and sounded very comfortable with a microphone.  The live relay from the nationwide events was a huge success with miniatures from six young composers fitting together and ending with Aaron Parker's dazzling and rather camp take on the fanfare concept.

It seems amazing that Arne's original orchestration of ‘Rule, Britannia!' had never been performed at the Proms before. Sarah Connolly again delighted the audience as she came onto stage dressed as an admiral and withdrew her sword to reveal a union jack. Was there ever such a skillfully ornamented performance of this piece?

The evening was a fitting end to another hugely successful Proms season and the audience showed their appreciation with huge applause. The BBC orchestra and choirs were of there usual high standard and David Robertson was a fitting choice of conductor and his moving and impassioned comments about how the orchestra can be a metaphor for embracing differences was, for me, a touching reminder of why art matters.