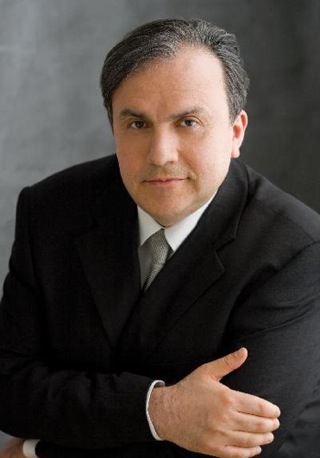 Georg Solti, a Hungarian who lived a good part of his life in London, once televised a demonstration that was quite revelatory. He sat at the piano and played the orchestral beginning of Duke Bluebeard's Castle, which sounded as we have become accustomed to hearing it: dark, a bit sinister with an erratically elongated rhythm. Then he astounded by performing the same music as it is actually written in the score. The result was a rather foursquare and quite dull piece of standard prelude sans atmosphere. As Sir Georg explained, one must know how to play this music. Like the vowels in the Hebrew alphabet, the odd fits and starts and micropauses are felt rather than written. They are a part of the aural tradition of Hungary, buried deep in its ethnic memory.

Gilbert Varga, a Hungarian who has lived virtually his entire life in London, is very familiar with this tradition. His father Gabor was a violinist who led his own chamber orchestra, which the dutiful son eventually began to lead. Varga the younger occasionally guest conducts on this side of the pond and stood before the Philadelphia Orchestra on Friday afternoon to take them through the complex rhythmical minefields of Bartok's 2nd Concerto. The soloist was Yefim Bronfman, decidedly not a Hungarian, but one of the top five keyboard artists performing today.

The piece is an essay on rhythm, a rule-bending exploration of small musical figures colliding and occasionally orbiting each other. There are many stops and silences, reminiscent of Webern (Bartok appeared at some of Schoenberg's private musical performances and established a relationship with the Second Viennese folks, although Webern could not abide his minor seconds). If Haydn's music of the spheres was Newtonian, Bartok's is Einsteinian.

Bronfman is a wizard at this type of challenge, playing about as accurately as humanly possible in this polyglot of notes and demanding digital dexterity calisthenics. Of particular interest was the final Allegro molto, which seemed to reveal some of its hidden melodic content under these adroit fingers. Maestro Varga had prepared his forces well, guiding them with rather insistent body English (or is it Hungarian?) through the ever more difficult rapids. Deserving of special mention was the percussion section, which had quite a workout this day in both halves of the program.

Framing this exciting modernism was a somewhat ragged Hebrides Overture which pinpointed the recent acoustical enhancements at this still relatively new hall. There was indeed an improved separation between smooth strings and strident brass, with the back players on small risers so that their sounds were not subsumed by the justly famous Philadelphia string juggernaut. However, the contrast was a bit much, Fingal's Cave's topography just a bit too craggy for my taste. Varga ended the program with the truncated 1947 version of Petrushka and emphasized the incipient piano concerto within. In a nutshell, Stravinsky contrasts the herky-jerky movements of the puppet (played on the piano) with the smoother kinesis of the human characters in the orchestra. Mr. Varga drove the point home with his insistent interpretive dance, Petrushka himself not moving in a more angular manner, especially in the more forceful accentuated moments. The music began disappointingly, with the solo flute blowing – perhaps botching would be more apt – the opening solo and then, in a clear attempt to remedy the situation, enunciating the reprise in an exaggerated manner (as if to say "see, I can do this!") but the orchestra as a whole playing quite colorfully throughout. Seldom have I heard the Shrovetide Fair horn solo projected more poignantly.

All in all a wonderful concert, and many thanks to the orchestra for holding these Friday afternoon convocations, so a New Yorker can attend and still make it home for dinner.